Who wouldn’t be ready for fall in this plus size leather jacket in a rich rust brown?

That color!  And doesn’t it work perfectly with this plus size sleeveless turtleneck sweater?  So chic!

Layer on some bougie accessories like oversized sunglasses, a Louis Vuitton bag, and a Gucci belt.

As I’ve said, I haven’t personally tried the Double G Gucci belts, but they are still the “it” accessory.  Sadly, they aren’t large enough for me.

However, they come as large as a size 20 (or 44″ waist).  See the updated size chart below for choosing the correct size.

The latter is probably a better choice for jeans depending on your personal preference.  So these belts are accessible to those with larger waists [and much larger wallets]!

Although most of the accessories in this look are designer, I linked some less expensive alternatives below.

I also linked a Dossier fragrance called “Gourmand White Flowers,” which is inspired by Flowerbomb.

Oh la la!  An amazing luxury scent at a fraction of the price!

Want to get my new posts delivered to your inbox?  Go here to subscribe.

Disclosure: This post may contain affiliate links, which means if you click on or purchase through certain links, I may receive a small commission. 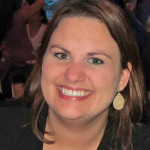